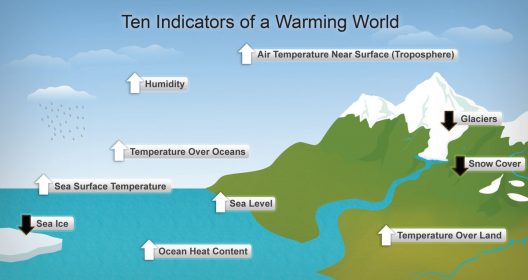 For many years, meteorological scientists have been warning about disastrous flooding along the US coastline — flooding that would be caused by global warming. While this “theory” of global warming is still being debated in Congress, and is still dismissed by influential lawmakers, the effects of global warming are no longer theoretical. All US coastlines are increasingly affected by flooding, erosion, and storm surge that is very, very real — and the cause is global warming.

Citizens of low-lying island nations like Tuvalu have for many years suffered directly from sea level rise, and have been pleading for help to no avail. This seems particularly unfair because these small nations are at once the most affected by and least responsible for global warming. These tiny vulnerable islands are so far away, in terms of geographical distance as well as being completely off the “mental radar” for many US citizens. But now, US residents who live and work near our coastlines are facing the same type of threats from the sea as the citizens of Tuvalu.

All the US coastlines will be affected in the coming years — including Hawaii, Alaska, the shores along the Gulf of Mexico, and both of the great oceanic coasts. However, there are zones that will be affected sooner than others, and here the impact is already causing great alarm, property damage, plummeting property values, and soaring flood insurance rates. Traditional flood plains and official flood zones are creeping outwards into areas where flood insurance was never needed before. The financial impact of this flood zone creep cannot be overstated.

The east coast of the continental US is experiencing the worst of the threat so far. All along the eastern seaboard, communities have been forced to spend huge amounts of public money to repair infrastructure that is continuously being damaged or wiped out by flooding. Bridges that connect island communities to the mainland must be regularly rebuilt, and water control channels must be constantly dredged and maintained. Norfolk, Virginia is a very good example of a large, densely-populated area that is undeniably — and dangerously — under siege by the encroaching sea.

Norfolk and other population centers close to the Chesapeake Bay are facing grave existential threat due to the fact that the land upon which they are founded is sinking at the same time that the sea is rising. This double whammy means that this region is being slammed with frequent flooding in places that have never before had to deal with it, and are therefore woefully unprepared as far as infrastructure, flood insurance coverage, and emergency planning. Add to this the fact that Norfolk is a critically important naval installation, and we have a blueprint for disaster on a national level.

This threat to naval installations in Norfolk and other areas is fully recognized by the Pentagon, which has already begun building flood barriers, berms, tide control channels, and has installed flood panels around sensitive military assets. But even the Pentagon has met with legislative obstacles and continuing resistance from intransigent members of Congress who continue to deny the existence of global warming and climate change — even in the face of undeniable proof.

Scientists who have been warning us for years about this threat from the sea now tell us that once the effects of global warming first begin to be felt along the coastline, the process will speed up very quickly. The starting gun has already gone off — the race to save our coastline communities is now underway.