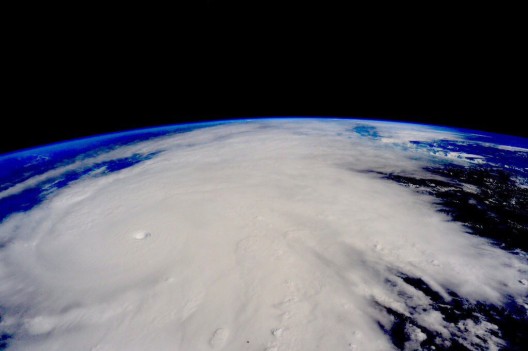 October 2015 was a disastrous month for flooding. During the first week of the month, South Carolina was all but stopped in its tracks by flooding that has been called a 1000-year event. Then, during the last week of the same month, parts of Texas suffered the same fate as South Carolina, with floods more severe than any living person had ever seen.

In some parts of the state, almost 4″ of rain per hour was recorded, with some areas inundated by almost 20″ of precipitation in one 24-hour period. Roads were washed out, a train was derailed, and damage to homes and property was widespread. The perilous band of storms also produced several tornados, adding to the chaos and fear that gripped the area. In the end, the storms claimed six lives, with some people swept to their deaths directly from their own homes.

The deadly storms that caused so much suffering were in part a result of Hurricane Patricia, which was said to be the most powerful hurricane ever to make landfall in recorded history. Patricia fortunately made land at a relatively uninhabited section of Mexico, and quickly dissipated when it hit a mountain range in the center of the country. However, the storm still held a lot of rain, even after its fierce winds were quelled. This rain, combined with precipitation from other nearby storms, is what deluged the Houston area at the end of October.

Houston has a lot of experience with floods, and some experts call it the most dangerous city in the entire U.S. as far as the likelihood of being injured or killed by flood conditions. The area in and around the city is topographically vulnerable to flooding, with very little elevation and too much pavement, which only runs off the precipitation without absorption. The history of Houston is dotted by major flooding events, including the Great Flood of 1935, which covered a large part of the city and led to the formation of the Harris County Flood Control District, which has overseen flood control projects that have cost hundreds of millions of dollars.

In spite of these projects, Houston remains vulnerable to severe floods right up to the present day — but with brighter prospects than in that bygone period of 1935. Today, the city is much better protected, as the flood barriers, levees, run-off canals, and other flood control measures have helped to control rainwater. During the recent storms, downtown Houston suffered relatively little structural damage, mostly because the heavy investment in flood control projects has paid off. Still, there is more to be done, and Houston cannot yet rest easy whenever the winds howl and the rains pelt down. With such a flat topography and surrounded by creeks and rivers, Houston will need to keep working on flood defense programs well into the foreseeable future.