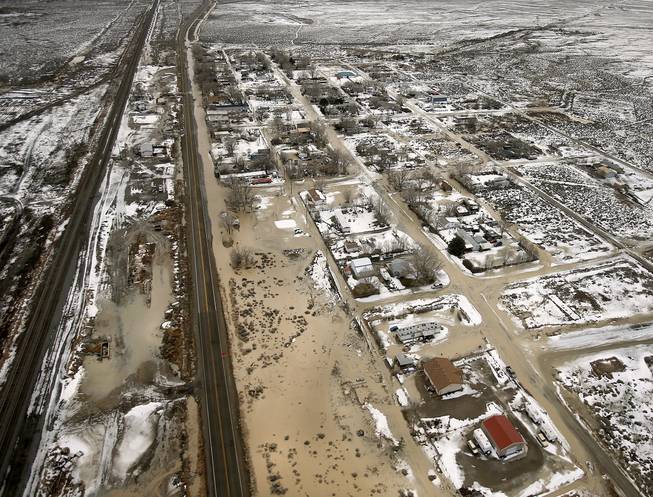 In early February a Nevada earthen dam failed and caused major flooding, in spite of the fact that the dam had passed an inspection just months before. The dam did not pass the inspection with flying colors, however, and the participating hydro-engineers produced a list of recommendations for improvements that did not receive follow-up attention. This type of lapse is very common, especially in rural areas that may be burdened with low budgets and aging infrastructure.

The dam that failed is called the Twentyone Mile Dam, and it is designed to hold water to be used for irrigation in Elko County, Nevada. The dam is not considered a high priority installation, because it is located in a deeply rural area — any failure of the dam is not expected to cause loss of human lives. Nevertheless, the failure caused major flash flooding that wiped out a nearby state highway and flooded out nearby homes and ranches.

About thirty homes were flooded by the dam failure, and a full ten miles of the main highway was closed due to the washed-out roadway. It is impossible to overstate the importance of a main highway to a rural community — without this lifeline, transportation and access becomes almost impossible for the entire community. The community most affected by this event is a tiny town called Montello, Nevada, population 84. All the residents of Montello were impacted by the flooding caused by the failed dam — either due to direct flooding of their homes or from being cut off due to the highway closure. Not many people were affected by this flooding, thanks to the sparse population of the area, but those who were affected have suffered massive inconvenience; and in some cases, moments of terror.

Unusually heavy rainfall is being blamed for the failure of the dam. Earthen dams can be weakened by many factors, including seepage, root systems, erosion, and age. In the case of the Twentyone Mile Dam, a sudden and catastrophic breach occurred, causing almost instantaneous flash flooding that coursed through the countryside and directly across the important state highway that leads to Utah. One trucker who was on the highway at the time of the flash flooding came very close to losing his life. Seeing that the road was breaking up beneath the wheels of his truck, this lucky driver floored the truck’s gas pedal for several miles, surrounded by rising water and watching in the rear-view mirror as the road crumbled behind him. He made it to safety, but had to spend a nerve-wracking night in his stranded truck, watching roiling high water all around him throughout the night.

Repairing the dam and the damage caused by its sudden failure was at first thought to be a matter of weeks. Now, however, engineers have had a chance to more completely survey the extensive damage caused by the flooding, and the repair schedule — with its hefty price tag — is known to be much more onerous than initially hoped. Tiny Montello is now nationally famous for this disastrous flood, which all but wiped it off the map.