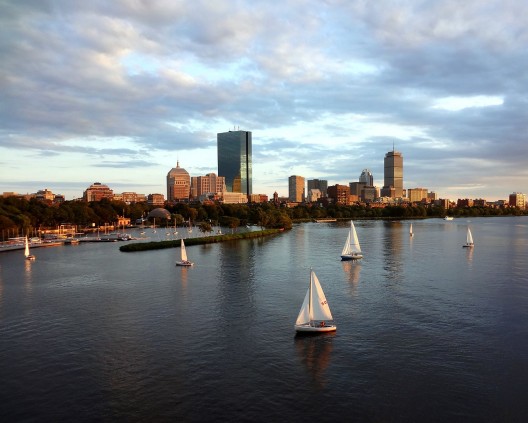 Hurricane Sandy was a disaster for much of the eastern seaboard, with the cities of New York and New Jersey particularly hard-hit. The city of Boston was also in line for a direct hit, but was saved by something the other two cities lacked that day: pure luck.

The hurricane hit Boston with fury, and left a lot of downed trees and utility poles. Property damage was considerable, but nowhere near the devastation seen in other areas. It was not thanks to foresight and planning that Boston was spared; rather, the city experienced a stroke of luck courtesy of Mother Nature, and this luck saved the city.

Had Superstorm Sandy struck but a few hours earlier, it would have been a much different story. About four hours before the storm struck Boston, there was a full-moon high tide that had raised water levels to near-capacity in the city’s water control infrastructure. Had the hurricane arrived during this time, Boston would have been submerged by deep floods, and would still be recovering today from the after effects.

This near-miss episode has motivated Boston to do some deep thinking about protecting the city from future storms. As any city that faces the Atlantic Ocean, there are a lot of weak points and vulnerability. Flood barriers and levees can do only so much in a worst-case scenario. If a large storm strikes during a high tide, flood barriers are likely to be breached.

Today Boston is considering using a different tactic: letting the water in … in a controlled way. For centuries, the country of Holland has been using this method with admirable results, and many municipalities in the US are taking note. One of the proposals on the table for Boston is to develop a system of of canals that would not only help to defend the city from storm surges, but would enhance the recreational and aesthetic value of the downtown area.

This novel idea emerged from brainstorming sessions that included city planners, architects, and citizens, and has captivated many as being a particularly pleasing solution to the threat of inundation. If implemented, the plan could turn Boston into the “Venice of the East Coast”, and could augment tourism and recreational opportunities for local residents.

The proposed system of waterways and canals would form a mesh through an area of Boston called Back Bay, which was once a marshy wetland before it was filled in and developed during the middle of the nineteenth century. Areas like Back Bay, of course, are particularly at risk during storms, as it seems that water has a memory of where it used to be and seeks to return.

At this time, the pricey neighborhoods of Back Bay are only about four feet above sea level, and will be underwater by the end of this century unless a solution is put into place. The proposal to build scenic canals is only one of many hypothetical solutions for the metropolis of Boston, and it may be that more than one plan will be required to protect this venerable city. One thing is certain, however: if no action is taken now, Boston will one day suffer the fate of her sister cities during the next Superstorms.