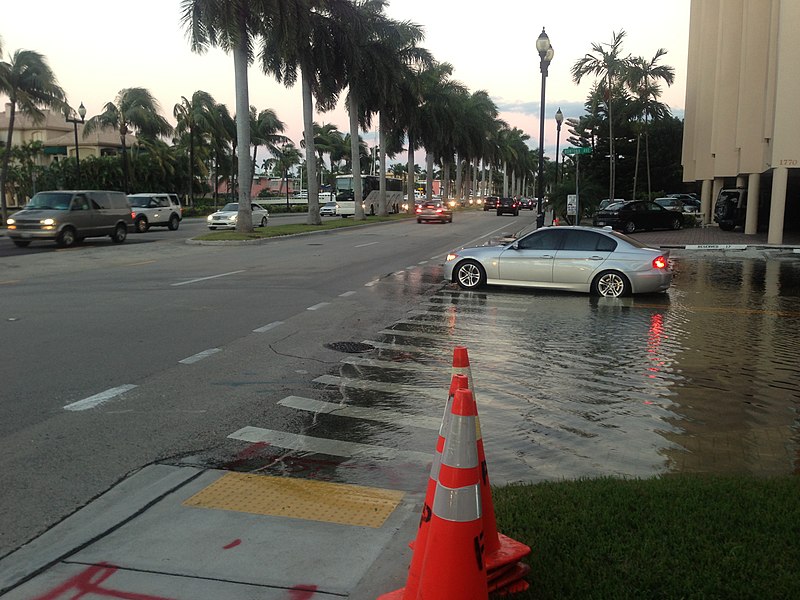 This Thursday, May 2, 2013 file photo shows flooding on Duval Street in Key West, Fla. after roughly five inches of rainfall. In many sea level projections for the coming century, the Keys, Miami and much of southern Florida partially sink beneath potential waves. (AP Photo/The Key West Citizen, Rob O’Neal)

Studies have shown that the coastal areas of Florida have conceded about nine inches of land to the ocean over the past 100 years. However, that pace has accelerated, and it is predicted that the same coastline will lose 9 to 24 inches in the next 50 years. This is particularly alarming when one considers that many important features of the area’s infrastructure sits a mere 2-5 feet above sea level!

At the present time, there is no official, coordinated plan to save or protect Florida’s coastline. When new developments are planned, no one knows if the construction will be protected by public works projects in the future, or if the land that is being built upon will be underwater in the coming years. Currently, new projects tend to be planned with flooding in mind, using elevation of the lot, natural flood barriers, or integrated flood panels. But the scope and reach of sea level rise may be beyond what is being planned for.