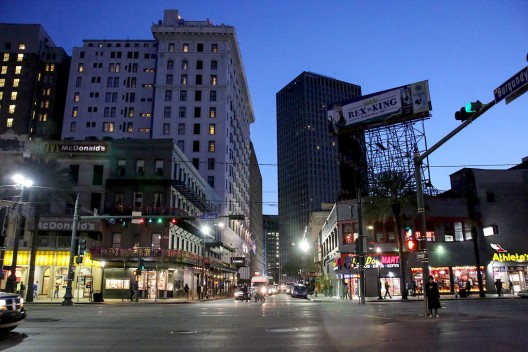 It is now a full ten years since Hurricane Katrina laid waste to the City of New Orleans, killing 1833 people and leaving much of the city in utter ruin. After the storm passed, the city was physically and psychologically devastated. Many tens of thousands of the city’s residents were forced to leave the city, as their homes had been destroyed or condemned. Power outages affected almost 3 million people throughout the U.S., and water quality in New Orleans remained suspect for months.

The Katrina disaster was largely the result of a spectacular failure on the part of the U.S. Corps of Engineers. The federally funded levee system, that was designed to protect low-lying New Orleans from storm surges, was breached in more than 50 places. It was the first total failure of a USACE flood defense system, but unfortunately it was a mammoth failure. After the levees failed, floodwaters spilled into the city unimpeded, causing drowning deaths, and massive damage to property and infrastructure. After the storm, the USACE was sued by the City of New Orleans for negligence regarding the design and construction of the levees. The lawsuit, which is still ongoing, is seeking $77 billion dollars in damages.

As of August of 2015, as we passed the ten year mark since Katrina pounded New Orleans, the city had begun to rebuild. $14 billion had been spent on new flood defenses, including new levees and other flood barriers. According to the USACE, the new system will be able to withstand even a 500 year flood event, for example, a monster storm even larger than Katrina. This system was tested in 2012, when Hurricane Isaac tracked roughly the same path as Katrina. During Isaac, many dams, levees and other coastal flood barriers over-spilled water, but they held. After Isaac passed, the water was pumped out of the lakes to alleviate the pressure on the flood barriers.

The acceptable performance results of the new flood barriers gladdened the hearts of city officials, business owners, and residents. It also had another important result: it relieved the pocketbooks of insurers. After the new flood defense system proved that it was battle-ready, insurers were more willing to write policies, and therefore construction companies, planners, and architects suddenly had the insurance they needed to build in some of the more vulnerable areas that had been destroyed by Katrina.

The results have been lauded by some, but deprecated by others. Many of the new projects are upscale, trendy, and expensive. They sometimes ignore or obliterate the history of the site, wiping away important cultural references and completely changing the meaning and purpose of the site. For example, an old and culturally important produce market has been transformed into an upscale restaurant. The “bones” of the old market building have been preserved, but the purpose has changed to such an extent that it no longer retains any of its former importance to the community.

In a similar fashion, the people who once gave New Orleans its vibrancy, verve, and spirit have been replaced. Hundreds of the new dwellings that were replaced in the old flooded quarter are beyond reach of the former inhabitants, many of whom are not able to return home to New Orleans. Critics say that the new New Orleans is a “Disney” version of the world-famous cultural gem that once stood in the same spot. Wedged between the Gulf of Mexico and Lake Pontchartrain, the rebuilt New Orleans may regain its economy and infrastructure, but some say that its soul was washed away forever.