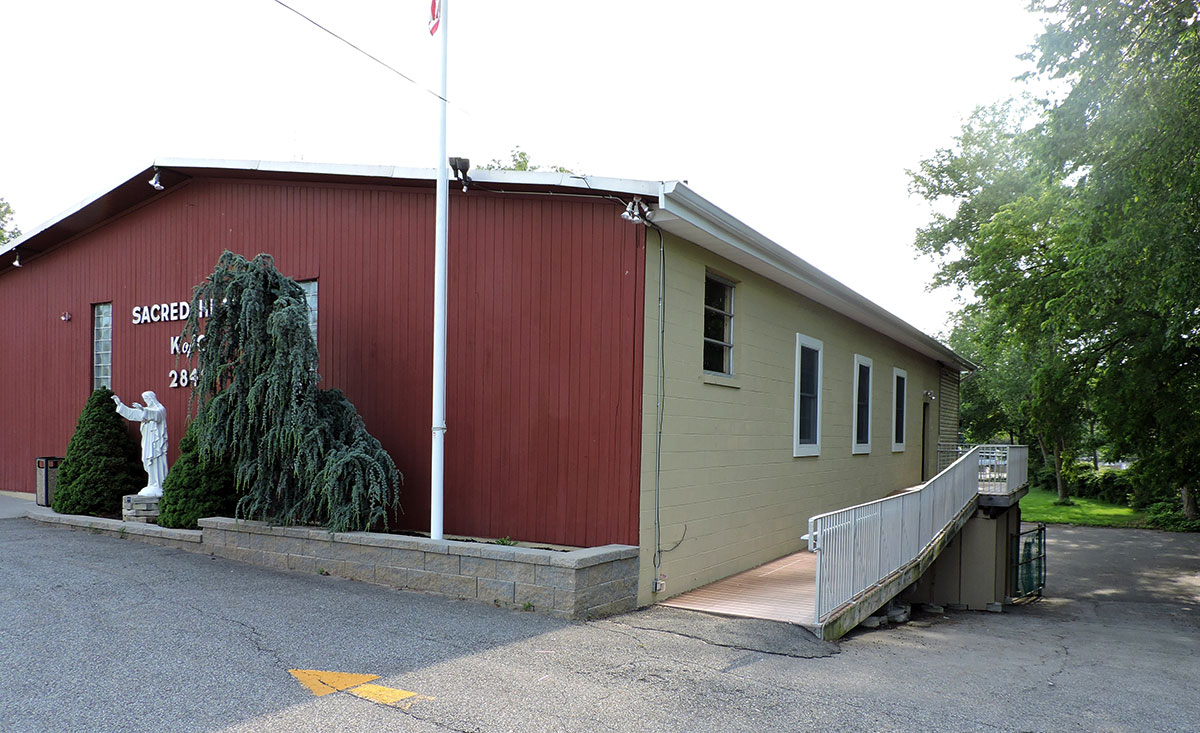 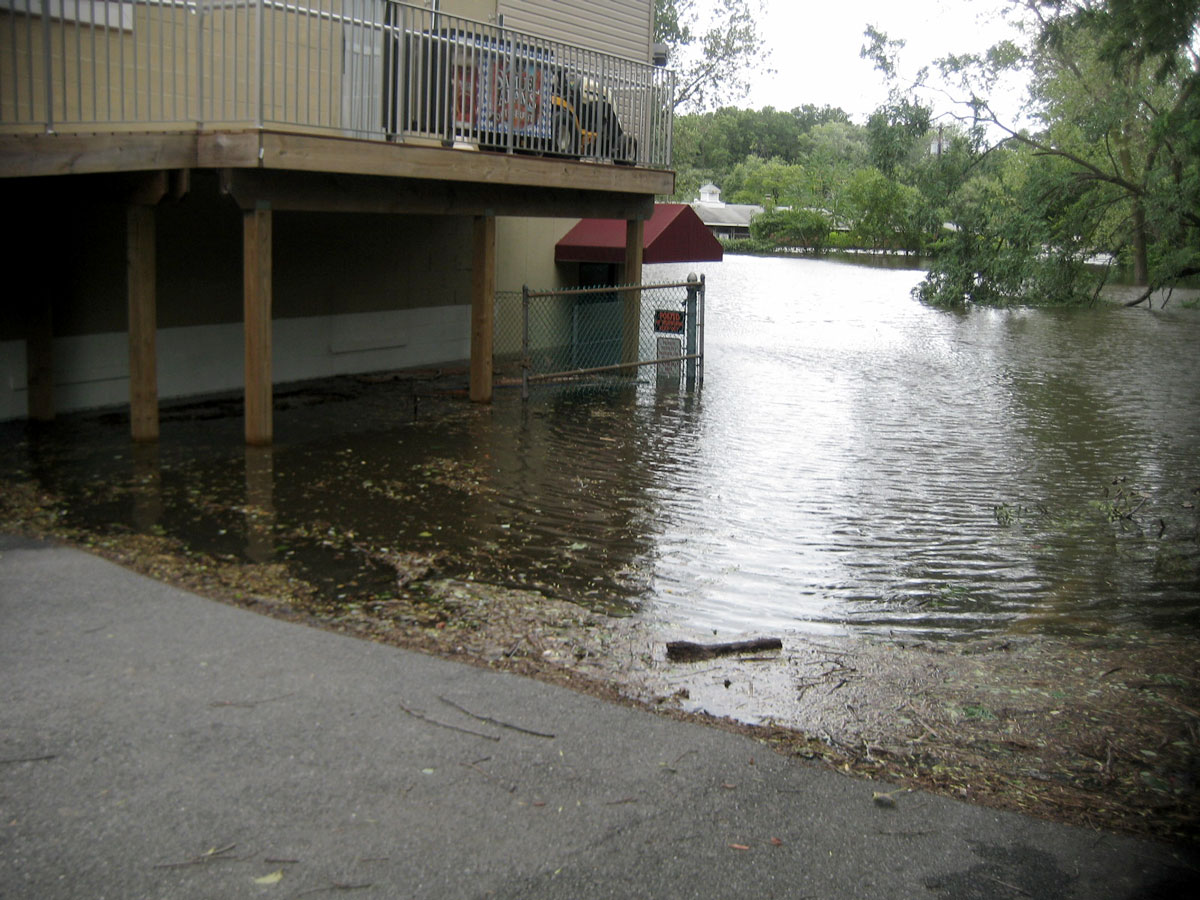 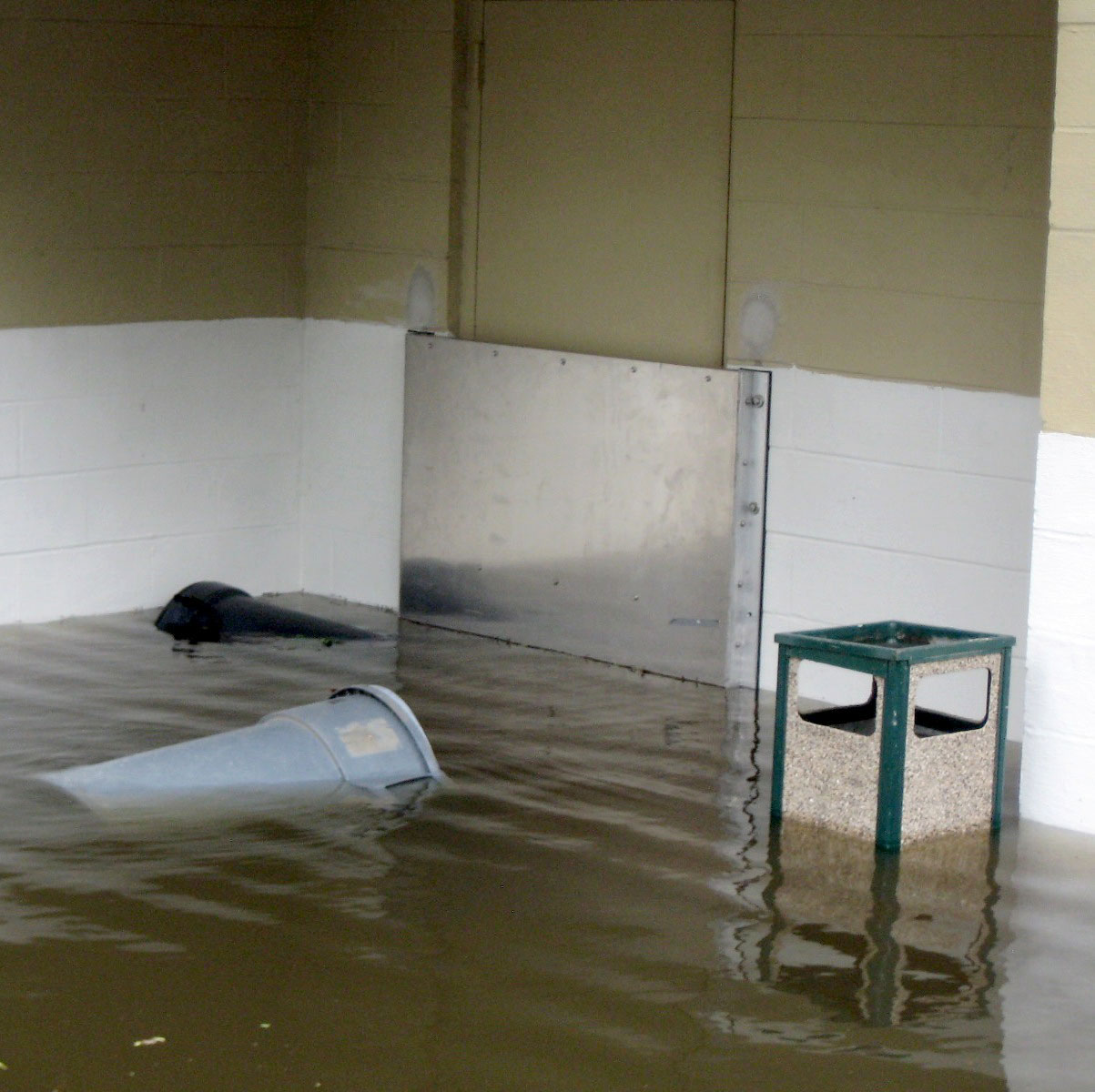 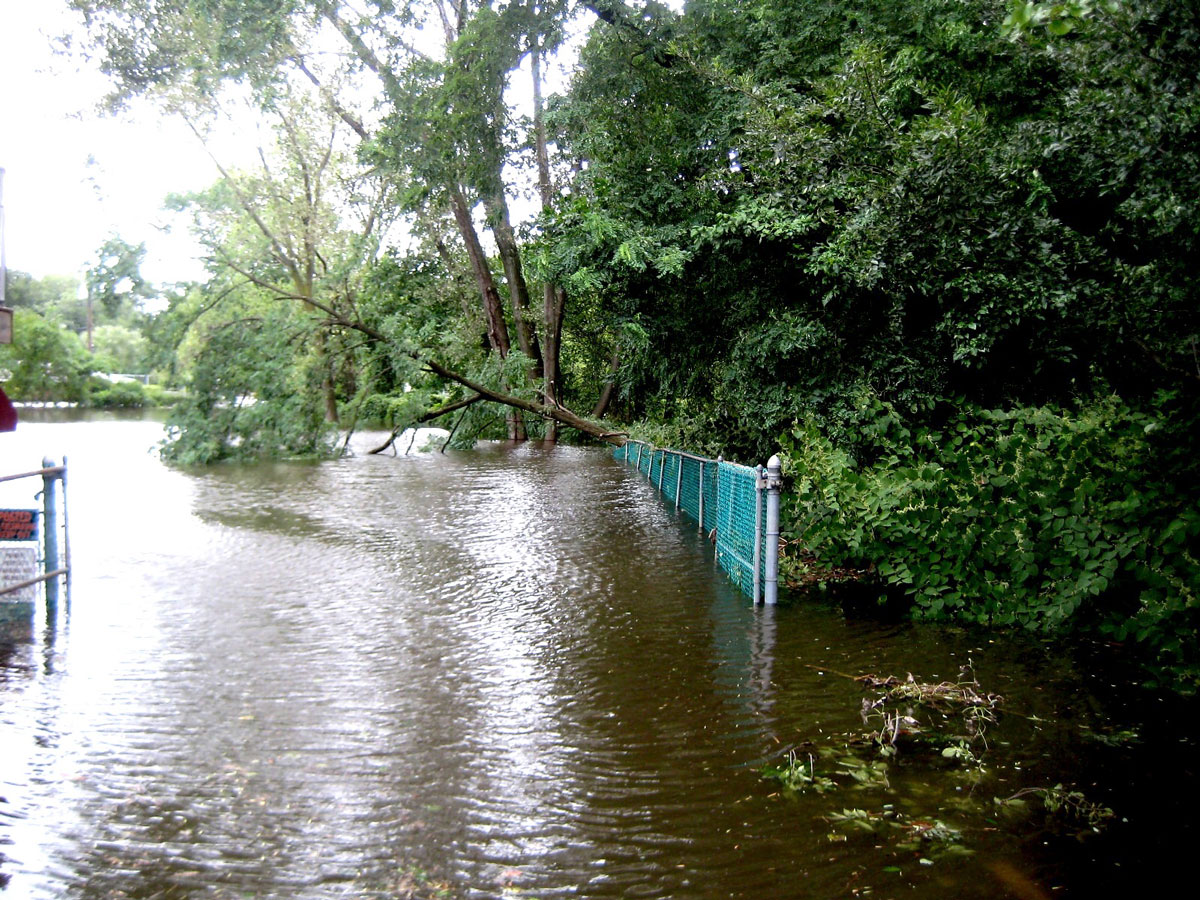 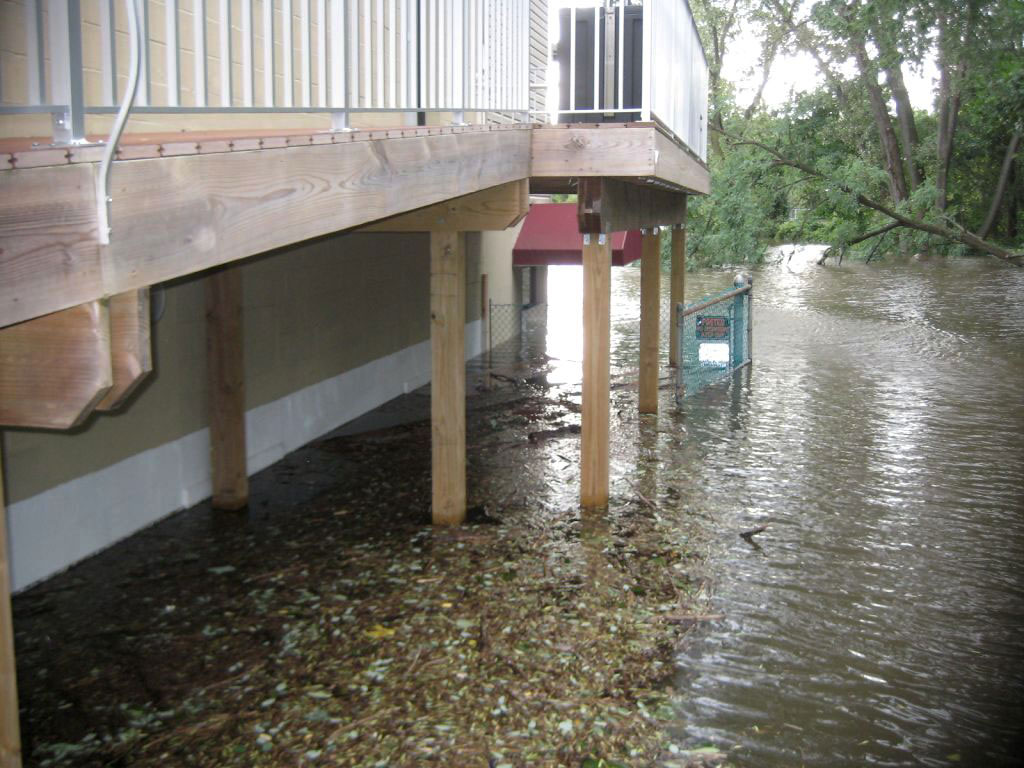 The Knights of Columbus is the world’s largest Catholic fraternal service organization with chartered councils across the U.S. and in many countries. In Rochelle Park, New Jersey, the council has more than 200 members who provide funds and support for two local parishes. The club maintains a facility that features an upper and lower hall with an adjacent 30-foot professional bar and full commercial kitchen.

After sustaining storm damage several times over a 10-year period, the club invested in flood barriers by Flood Panel LLC to protect the club’s building from flooding caused by heavy rains and hurricanes. The decision paid off in 2011 when Hurricane Irene caused the nearby stream to swell its banks, reaching a height of nearly five feet at the club’s lower floor. The Flood Panel solution kept water from entering the club, protecting the club’s lower hall, bar and kitchen, ultimately saving the club tens of thousands of dollars in storm damages.

The Knights of Columbus building in Rochelle Park is located just 200 feet from a small brook that under ordinary circumstances poses no threat. However, 32 percent of Rochelle Park is in an area designated by the Federal Emergency Management Association as a flood zone. From 1998 through 2008, heavy rain storms and two major hurricanes had caused the small stream to rise nearly eight feet, repeatedly flooding the club’s lower floor with four feet of water.

Club management had tried to mitigate flooding with sandbags and plywood. Both methods failed. Twice during this period, the club lost its hall, bar and kitchen to storms at a cost of more than $250,000 in flood-related damages.

Shortly after Hurricane Hanna flooded the club in 2008, Bill Coleman became president. A general contractor with more than 46 years of experience in construction, he made it a priority to research more effective flood protection solutions for the Knights.

Flood Panel to the Rescue

Coleman reached out to several “flood companies.” He was impressed by the products offered by Flood Panel LLC and the company’s approach to flood protection. “Out of all the companies I contacted, I felt most secure with Flood Panel mainly because Tom Osborne [president, Flood Panel] took the time to educate and guide us on what would work best.”

The club purchased 60” panels from Flood Panel. The solid, removable flood barrier system can withstand hurricane forces and impacts from floating debris, and is specifically engineered to the full height required. Coleman liked the product’s ease of installation and zero-tolerance flood protection guarantee. “I was impressed to find a quality product designed especially for these types of disasters.”

In addition to products and support, Flood Panel developed a Flood Emergency Response Plan for the club, which is a comprehensive step-by-step plan for flood emergencies, and is required by FEMA as part of any flood proofing process.

When Hurricane Irene hit the East Coast in 2011, the club was ready. Even though Irene was downgraded to a tropical storm when it made landfall in New Jersey, it still downed trees, caused power outages and major flooding across the state, and resulted in 10 deaths. At the club, the panels held back 48” of river water from entering the building.

“Flood Panel saved my club tens of thousands of dollars in losses, including revenue lost to downtime and rebuilding,” said Coleman.

Coleman, who is president of Swift Track, Inc., was so impressed by the results, he became Flood Panel’s first New Jersey distributor through his new company Flood Protection New Jersey, Inc. Since then, Coleman has completed close to 100 Flood Panel projects in New Jersey and lower Manhattan ranging in cost from as little as $5,000 to $500,000. He has also worked with FEMA and the Office of Emergency Management in several municipalities in New Jersey that are prone to flooding. 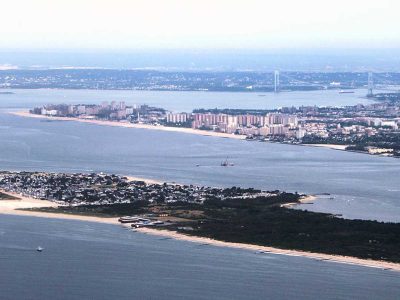 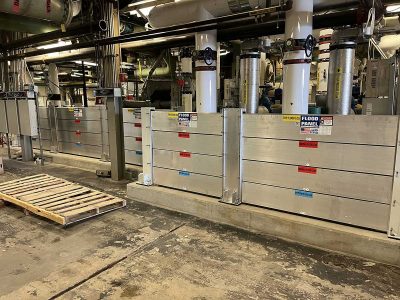 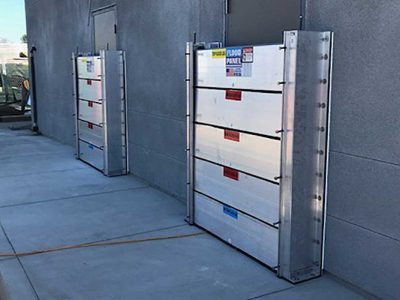 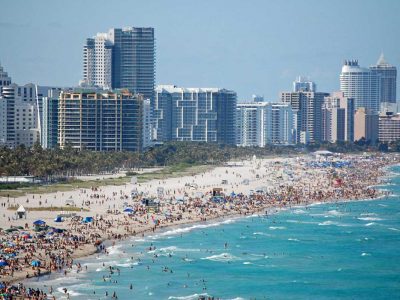