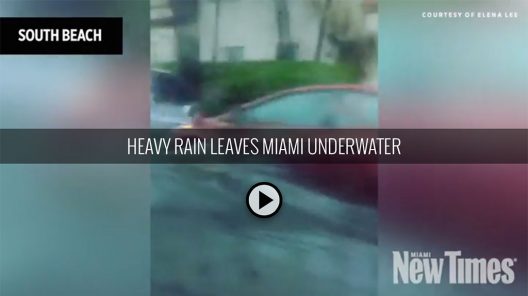 The city of Miami Beach is in a very precarious position; the land it perches upon is at once being gobbled by sea level rise, eroded by increasingly vicious and frequent storms, and is sinking due to its sandy and unstable base. The threats facing this city are so dire that it has been predicted that many properties close to the oceanfront will inevitably be lost to the sea during the coming decades.

In order to stave off this fate as long as possible, the City of Miami Beach has invested heavily in a system of pumps to literally bail out the municipality like a leaky lifeboat. With $500 million sunk into the project, residents and property owners in Miami Beach were optimistic that the investment would pay off during large storms … and possibly even hurricanes. But a recent “test run” during the aftermath of Tropical Storm Emily dashed those hopes.