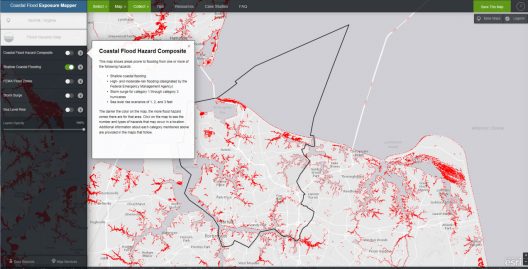 A new article (https://www.popsci.com/sea-levels-rising-unevenly) recently published by Popular Science explains some quirks of sea level rise in a way that is easy for non-scientists to understand. The author, Marlene Cimons, uses a see-saw metaphor to help us to visualize the forces at work as changes in sea level affects the coastline differently in different areas.

The average lay person probably envisions sea level rise as a uniform phenomenon that simply increases the volume of the ocean, causing it to encroach the land masses equally all around the globe. But this is not how it happens in reality, and Ms. Cimon's article helps us to understand why, as she describes the natural process that is called ‘post-glacial rebound'.

When a large glacier covers a land mass, the extreme weight of the huge ice feature weighs down the land under the glacier, but the ice-free edges are squeezed upwards. We can easily visualize this by thinking of the see-saw: when one side is down, the other side must go up. If we push on a water balloon, for example, the center of the ballon goes down but the edges go up. Over a long period of time the glacial ice has melted, and the weight has been lifted off the land. This results in the formerly weighed-down land springing back up, with the previously uplifted land sinking back down. Of course, none of this happens quickly, so in this sense the see-saw comparison is misleading. Even though the glaciers that once covered much of the northeastern U.S. have disappeared thousands of years ago, the land is today still see-sawing slowly in response to the changes created by the melting.

NOAA's Coastal Flood Exposure Mapper is an online tool that allows the user to create and share maps of sea level rise and flooding, and view the potential populations impacted.

So in our present day we have land that is slowly rising in some places and slowly sinking in other places. This movement is not perceptible to us, and yet it is happening quickly enough that it can be measured during our lifetime. It is due to this post-glacial rebound that areas such as the Chesapeake Bay region are experiencing faster and more extreme sea level rise than an area that was not affected by glaciers. This region was historically located at the uplifted edges of a glacier during the distant past, and is now sinking, while simultaneously being inundated by sea level rise. These two factors, working together, make these areas of land much more likely to be inundated, because they are physically sinking at the same time that sea level rise is encroaching the entire coastline.

We now know with a high degree of certainty that this sea level rise is caused primarily by two things: the melting ice caps that are adding unfathomable amounts of fresh water into the oceans, and the warming of the oceans themselves, which physically expands the water. These forces, combined with the post-glacial settling of certain geographical areas, all work together to make it appear that some zones are being inundated at a much faster rate. These areas are today serving as canaries in the coal mine, and the alarming loss of land in these zones is perhaps waking up communities that are currently less affected.

With sea level rise speeding up measurably (and observably) even during one human lifetime, the need for flood defense and long-term planning has reached a critical status. Communities and municipalities that fail to learn from what is happening in Norfolk, Virginia will pay dearly in the near future. Zones that were formerly not known to flood will soon be suffering unspeakable flood damage and devastation if prudent measures are not put into place NOW.