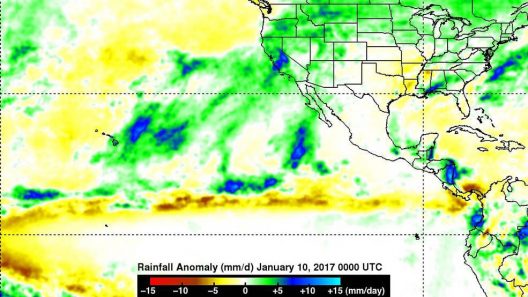 After destructive wildfires ravaged large swaths of Southern California last summer, all those living close to the burn areas immediately began to fear large rainstorms. This may seem counter-intuitive; wouldn’t rain help heal the burned zones and begin the process of re-forestation? While it is true that rain is sorely needed in this drought-ravaged region, and this copious precipitation will indeed promote new vegetation, the storms that struck this week came too soon. There has not yet been enough time for new plants to develop the deep root systems needed to hold the soil together, and the heavy storms swiftly washed away the loose, sandy soil that had been denuded by the fires.

Southern California is not often affected by the type of dreadful flooding that regularly scours the southeastern region. As floods are infrequent and relatively harmless, most property owners do not carry flood insurance and are likely to lose everything in the event of a heavy flood. That nightmare scenario became a reality for some this week, as three consecutive winter storms lashed the area, causing major flooding and widespread damage to roads, bridges, and other infrastructure. Two deaths have been attributed to the storm, and there were many evacuations and rescues, including at a homeless encampment and a popular recreational campground.

This TMPA image shows rainfall anomalies for the one month period ending on January 10, 2017. Higher-than-average precipitation extends from over and east of the Hawaiian Islands northeastward into California, eastern Oregon and much of the northern Rockies (green areas). Much higher than average rainfall appear in blue. Credits: NASA/JAXA, Hal Pierce

California is still struggling to emerge from a drought that has devastated agriculture, wildlife, and even the famous ancient sequoias that have surely seen many severe droughts. The past year has brought much more rain than usual, and it is hoped that the silver lining of these recents storms will be a replenished water table- at last! But this future silver lining does nothing to assuage the immediate suffering that has ravaged almost the entire state — from San Diego to Sacramento. For the past three weeks, rain has pelted the state relentlessly, with very few breaks, and major flooding has caused havoc in many areas.

In particular, dramatic news photos show horrific damage at a low-lying campground called El Capitan, which is close to Santa Barbara. Fortunately, the campers managed to seek higher ground in time to avoid loss of life, but several cars were washed away and were later found mired to the roof in sand and seaweed on a nearby beach. In addition to the heavy flooding, the storms also caused widespread mudslides and rockslides that damaged major roadways badly enough to warrant closure. Trees loosened by soggy soil and heavy winds crushed homes in several areas, and flash flood warnings were announced across the state.

All this rain that fell at lower elevations appeared as snow at higher elevations. Some parts of the Sierra Nevada mountain range currently have double the average snowfall so far this year! This is very good news for ski resorts, and the reservoirs that are now brimming with water will delight farmers. But the threat of flooding from what is likely to be record-breaking snowmelt will continue to be a cause for worry through the spring and into the summer months.